Soccer is the most popular sport on the South American continent.

When it comes to the history of the sport, South American countries like Argentina first established a working professional league in the world outside England.

What is soccer called in South America? It is called ‘fútbol’ in Spanish and ‘futebol’ in Portuguese.

Today, the continent houses some of the greatest teams in the world including Brazil, Argentine and Uruguay.

At the FIFA Club World Cup finals, Brazil currently leads the all-time winner’s chart with five titles whilst Uruguay and Argentine are tied on two titles each.

When it comes to club soccer, South American clubs can be found among the top five greatest soccer clubs historically.

From Clube Atlético Boca Juniors, River Plate to the Brazilian giants like São Paulo and Corinthians, South American houses some of the biggest football clubs in the world.

At the moment, the continent is also the largest exporter of raw talents most especially to European countries where the base of modern-day football can be found.

Today countries like Brazil, Argentina and Uruguay boast of having the highest number of foreign contingents in European leagues as well as other parts of the world.

So who are the best football countries in South America?

The continent has a unique history and has been behind the consistent in producing top players.

Some of the best players in Europe like Neymar Jr, Lionel Messi, Lautaro Martinez, Marquinhos, Fabinho, Gabriel Jesus are from the South American block.

In 1930, Uruguay hosted and won the first FIFA World Cup.

From 1916, South American countries played continental championship now the Copa América which is the oldest in the world. 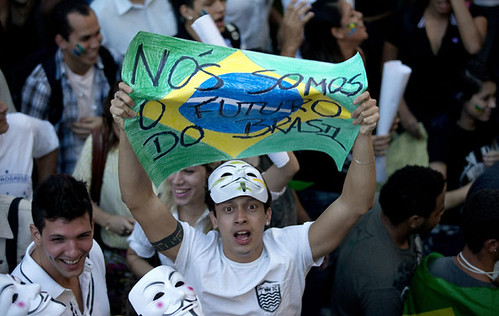 Football is the most popular sport in Brazil which also makes the country to be the most vibrant nation on the continent where soccer is more of national culture.

After football was established in Argentina, Brazil was the second country to begin professional soccer activities. “Seleção Brasileira – Brasil” by Moises.on is licensed under CC BY 2.0

The Brazilian football Men’s National Team nicknamed the Seleção are the most successful team in the world with five FIFA World Cups and nine Copa America trophies.

At the Olympics, the country boasts of over seven medals which include two Golds, three Silver and two Bronze medals.

At the Pan American games, the Brazilians have also won eight medals including four Golds, three Silver and one Bronze medal.

The Campeonato Série A is the top tier professional soccer league in Brazil established in 1950 since the country had favoured the State Championship as a result of the geographical features of the country.

The Série A is currently ranked amongst the top ten best football leagues in the world and have consistently produced some of the best players that are actively playing in the major leagues across the world.

In the year 2000, Corinthians won the inaugural edition of the FIFA Club World Cup in an all Brazilian final against CR Vasco da Gama.

São Paulo and Sports Club Internacional won the second and third editions of the tournament against Liverpool and FC Barcelona.

In the continental scene, Brazilian teams have also won more trophies in the Copa Libertadores and Sudamericana. 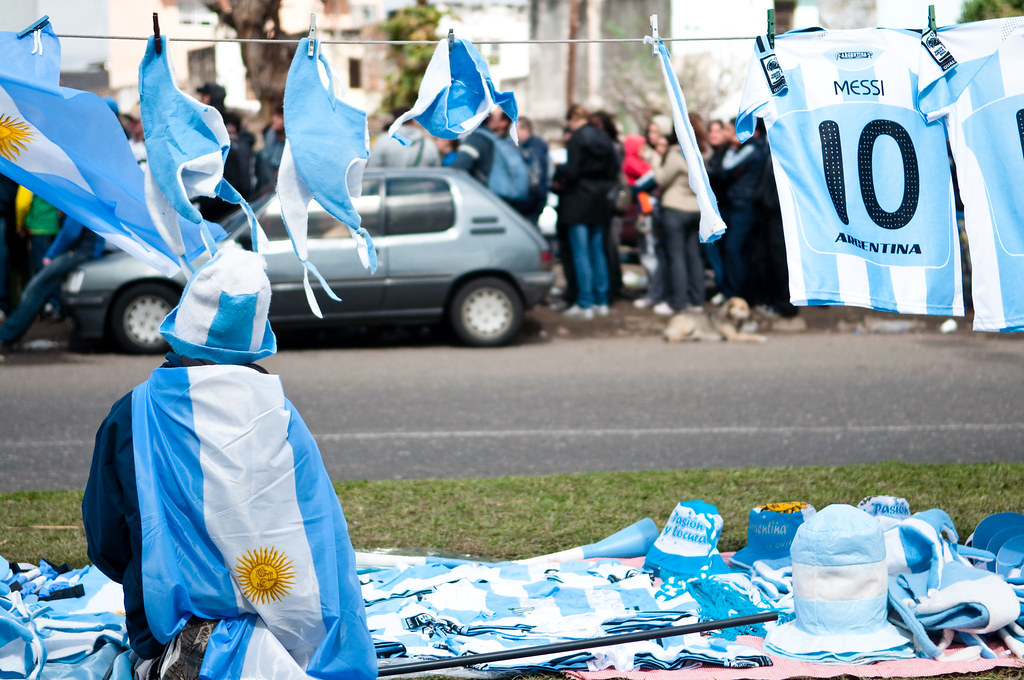 “Argentina soccer” by Wagner T. Cassimiro ‘Aranha’ is licensed under CC BY 2.0

Football is the most popular sport in Argentina and the most celebrated.

It is a culture that usually begins from childhood until the player attains a professional level.

Unlike other Latin American countries where European football appears to be the order of the day, Argentines are more interested in local clubs like CA Boca Juniors, CR River Plate, and Independiente.

After football was established in England in 1888, Argentine was the first country outside Europe to establish a professional soccer league in 1891.

The Argentine Football Association which sanctions football in the country was formed in 1893 and is the eighth-oldest in the world.

The Argentine Men’s National Team nicknamed the La Albiceleste and sometimes the La Selección is the third most successful team on the continent.

The national team have won two FIFA World Cup trophies first in 1978 and eight years after in 1986.

On three occasions, the team finished as runners up in the World Cup.

On the South American continental scene, Argentina is the joint record holder of the Copa America along with Uruguay on fifteen titles each.

At the Olympics, the Argentines have won two Golds and Silver medals.

At the Pan American Games, Argentina has won nine medals which includes five Golds, one silver and three bronze medals.

Argentina is arguably the best football nation on the South American continent.

Argentina established the oldest professional soccer league in the world outside Europe in 1891.

Years of competition in the domestic scene, numerous teams have emerged national champions.

Internationally in the Copa Libertadores and Sudamericana, Boca Juniors, CR River Plate, Independiente are amongst the most successful.

At the world stage, Boca Juniors and CR River Plate are ranked among the top twenty all-time greatest football. 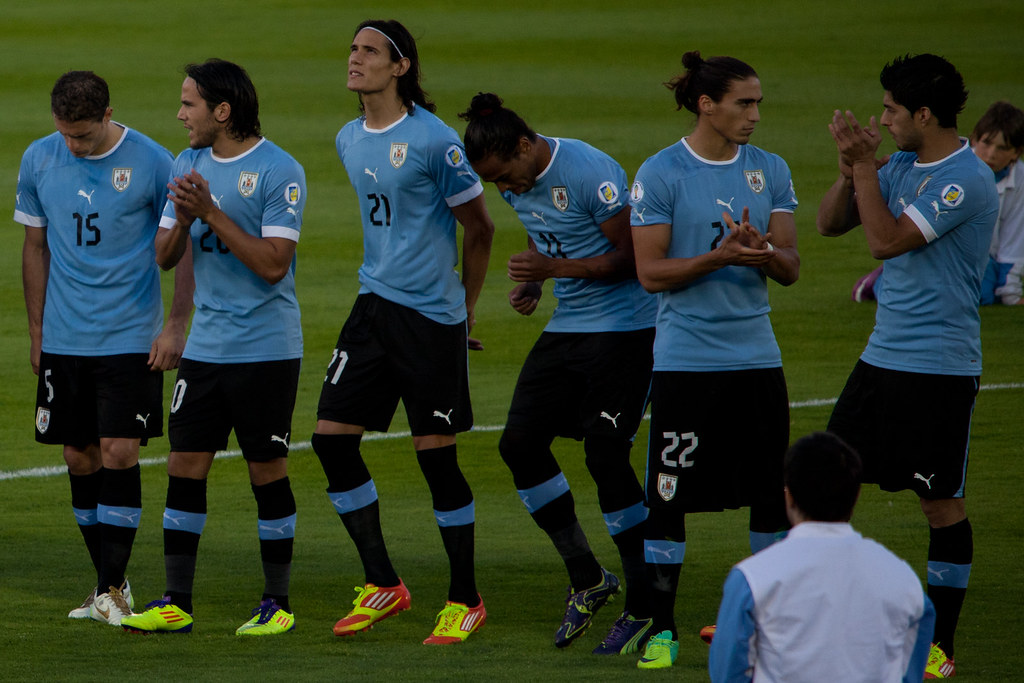 Uruguay is also another big destination when it comes to football. The sport is the most popular in the country.

Until 2021, Uruguay led the all-time Copa America winners chart with fifteen titles before it was equalled by Argentina.

Albeit, Uruguay is one of the most successful teams on the South American continent.

At the Olympics, the country won two Gold medals.

The local scene in the country is also one of the most competitive on the continent.

Big clubs like Nacional and Peñarol are amongst the most successful teams in the Copa Libertadores and Sudamericana.

Although most of the major teams are based in Montevideo, other parts of the country are always lit up whenever there’s a local league action.

Today, Uruguay has a lot of players on the European continent. Most of these players played in the Uruguayan Primera División before moving out.

Football leads as the most popular sport in Paraguay. It all started in the late 1800s following the introduction by Dutchman William Paats.

Paraguay have also qualified for the FIFA World Cup on several occasions.

At the club level, Olimpia is the most successful team in the country domestically and on the international stage. 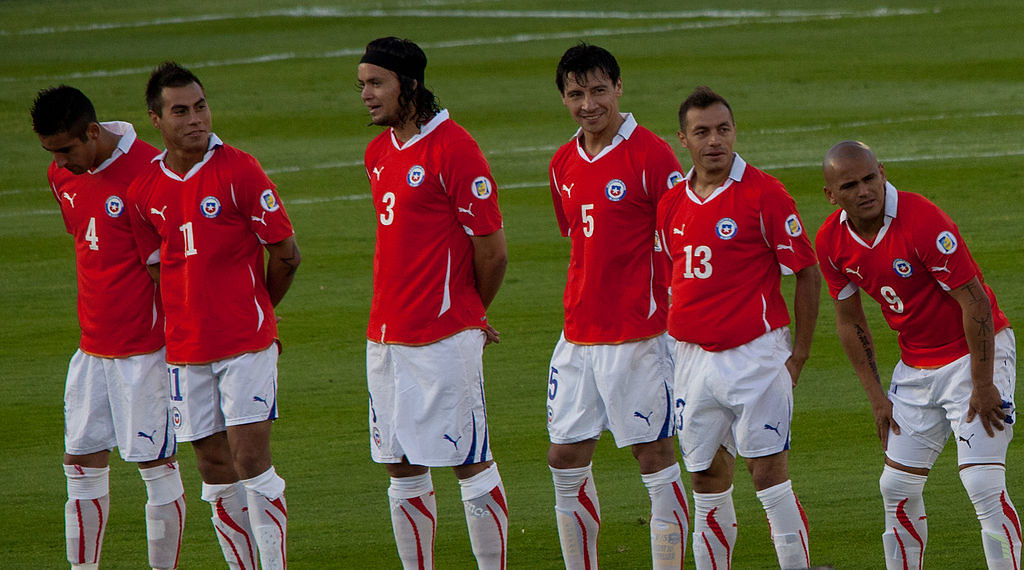 “Chile Soccer” by theglobalpanorama is licensed under CC BY-SA 2.0

Chile is the next big name on the list of best-performing soccer nations on the South American continent.

Football is also the most popular sport in the country which began as far back as the 19th century.

Chile is one of the most respected football nations on the continent.

During the first World Cup hosted by Uruguay in 1930, the Chilean Men’s National Team were at their best but could not go past the first round.

However, the 1962 FIFA World Cup held in the country changed the face of the sport in the country following an impressive performance which saw the National Team finish third.

The Men’s National Team won the 2015 and 2016 Copa America which currently puts them ahead of Colombia.

Chile is currently among the strongest forces in Latin America.

At the club level, Colo-Colo and Universidad de Chile have won the Copa Libertadores and Sudamericana. “Bandera de Colombia” by equinoXio is licensed under CC BY 2.0

Football is the most popular sport in Colombia, making the South American country the next destination after Brazil and Argentina.

Although the early years of the sport in the country was marred by issues like lack of support from fans and financial support.

However, there came a new revolution in the country that saw heavy funding from various sources.

Today, football is more like a symbol of nationalism across the country. Another aspect is the passion from Colombian football fans whenever it comes to the sport.

Colombian soccer players like Radamel Falcao, Juan Cuadrado and James Rodríguez have played in the biggest leagues in the world.

Colombia has won the Copa America just once in the 2001 edition against invitees Mexico.

Colombian clubs are high flyers in continental competitions like the Copa Libertadores and Sudamericana.

Medellín, Atlético Nacional and Once Caldas have won the Copa Libertadores and Sudamericana at least once.

National Team football started as far back as 1916 when the South American Championship now known as the Copa America was formed.

Today, it is the oldest still-running continental football competition in the world.

The Copa Libertadores is an annual football competition played by clubs from CONMEBOL member nations.

After the UEFA Champions League in Europe, it is the next big club competition in the world.

The Copa Sudamericana is the second tier tournament similar to the Europa League and is played by teams that finish outside the Libertadores qualifications zone.

The Recopa Sudamericana is the South American Super Cup contested by Copa Libertadores and Sudamericana winners.

Soccer is the most popular sport in South America played by millions of players across.

The sport is more like a tradition that connects the people and is a symbol of nationalism in some countries.

The RevierDerby in Germany – Schalke vs Borussia Dortmund

The North London derby history: All about Arsenal vs Tottenham Hotspur clash

Andalusian Derby (Sevilla – Real Betis): The day when everything in Seville stops

What is Neymar market value in 2023