How many Club World Cup have Real Madrid won? 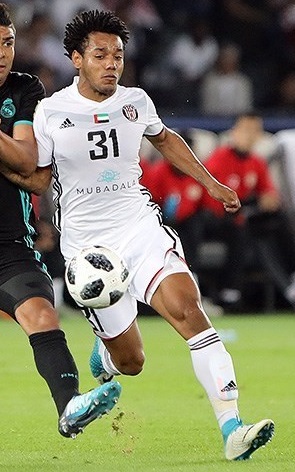 How many Club World Cups has Real Madrid won? The Los Blancos have won four titles, including three consecutive wins in 2016, 2017 and 2018.

Real Madrid is the most successful team in FIFA Club World Cup, with four titles. The Los Blancos happens to be the only club in the world-dominating almost every competition it participates in.

During the early years of the European Cup, now known as the Champions League, the Spanish giants won the first five titles and three consecutive wins since it was rebranded.

The Los Blancos debuted in the competition in 2014 and won it against Argentine side San Lorenzo.

Although they could not defend the title they won the following year, it was more of a stroll in the park in the 2016 final against Japanese side Kashima Antlers.

The Los Blancos were too strong to handle the Asian side, who had a fairytale run to finish second in the competition.

Despite the absence of crucial man Cristiano Ronaldo, it was still more of a stroll in the park as four goals due to a team effort handed them their fourth title.

Real Madrid entered the competition in the semi-finals and defeated Kashima Antlers.

The Spanish side started the game quite well, with an early goal from Luka Modric separating the two sides.

Returning from the break, Llorente and Sergio Ramos scored each goal to clinch the title.

Al-Ain was resistive, most especially in the first half, where the Los Blancos had it difficult to operate freely.

However, some clever play from the Royal whites made the difference to see off the resilient Asians.

Real Madrid went into the final as defending champions following their triumph in the previous edition held in the United Arab Emirates.

This time, it was against Brazilian giants Grêmio who qualified as winners of the 2017 Copa Libertadores.

Real Madrid entered the competition in the semi-finals and advanced to the finals following an unimpressive win over UAE side Al Jazira.

The Los Blancos came from behind after trailing for fifteen minutes to turn the tie around in their favour through goals from Cristiano Ronaldo and Gareth Bale.

In the final tie against Grêmio, Real Madrid faced another tough time yet again as the Brazilians were resistive throughout the game.

However, Cristiano Ronaldo’s fifty-first-minute goal was enough to hand them the trophy at the expense of the resilient Brazilians.

Grêmio also had their goalkeeper to thank as he made numerous saves to keep them alive throughout the game.

Real Madrid won their second title after two years when they first debuted the competition in the new format in 2014.

The Los Blancos entered the competition in the semi-final. Two goals from Karim Benzema and Cristiano Ronaldo helped the club cruise to the final.

In the final against Asian giants Kashima Antlers, Real Madrid had to rely on Cristiano Ronaldo’s hat-trick with an early goal from Karim Benzema, which was cancelled by the Japanese side.

The tournament was the first time for the Royal whites since it was rebranded as the FIFA Club World Cup.

Real were drawn to play in the semi-finals as winners of the UEFA Champions League.

Four goals in the semi-final saw off Mexican and North American representatives Cruz Azul as the Los Blancos cruised into their first-ever finals.